Advices by Edward Tufte: Importance of Context for Charts

We continue posting tips from Edward Tufte‘s works. In The Visual Display Of Quantitative Information, he puts a lot of attention to the problem of lying in charts.

It is assumed that charts are aimed to show the truth about data in the most demonstrative way, but this demonstrativeness is a two-edged weapon. Owing to some tricks – or mistakes – data may seem not what they are. One of them is the lack of context.

To be truthful and revealing, data graphics must bear on the question at the heart of quantitative thinking: “Compared to what?” The emaciated, data-thin design should always provoke suspicion, for graphics often lie by omission, leaving out data sufficient for comparisons.

The author gives an example of such a graphic – it shows the number of traffic deaths before and after stricter enforcement by the police against cars exceeding the speed limit: 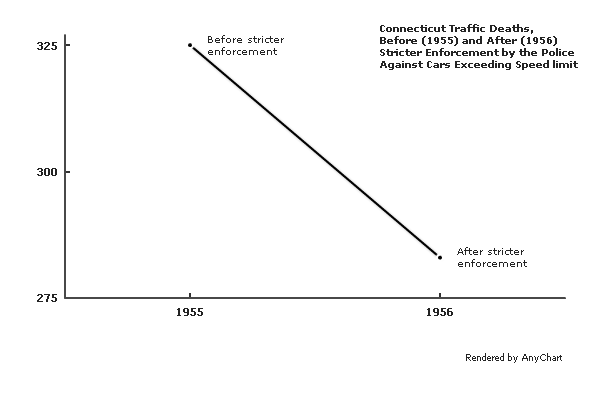 A few more data points make the situation much clearer: 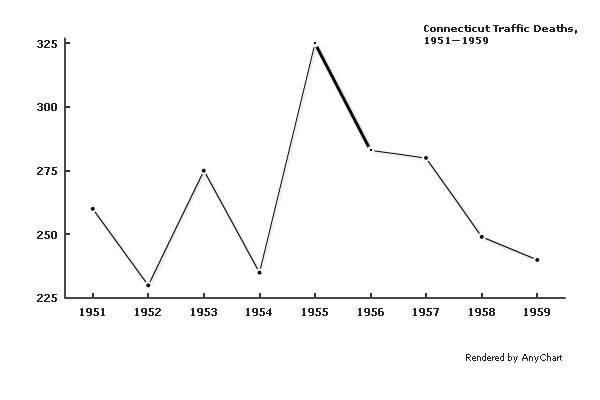 A different context would cause a very different interpretation: 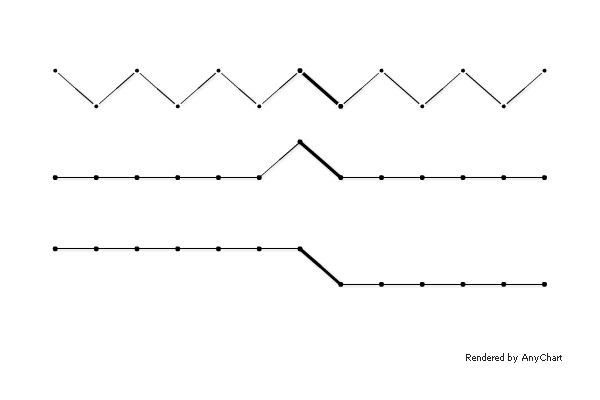 Comparison to adjacent states shows that the crackdown on speeding decreased the number of traffic fatalities not only in Connecticut: 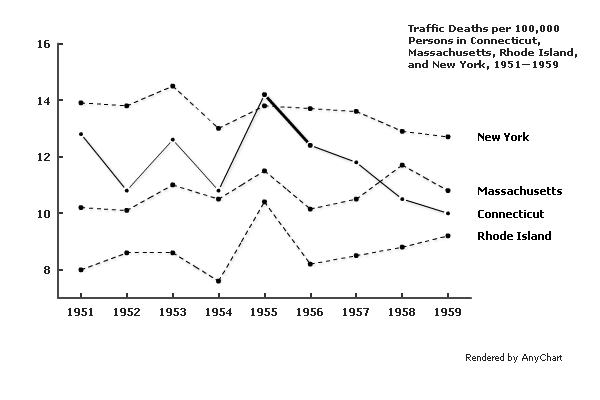 Of course, if one needs to distort the meaning of data, concealing the context may be a relatively useful tip, but in other situations, it is definitely a mistake. The principle formulated by Edward Tufte is:

Graphics must not quote data out of context.

Among numerous chart types that AnyChart allows creating there are 3D Column Charts. Using this tool, we have made our version of a GraphJam chart that wittily mocks the good old Lord of the Rings trilogy: 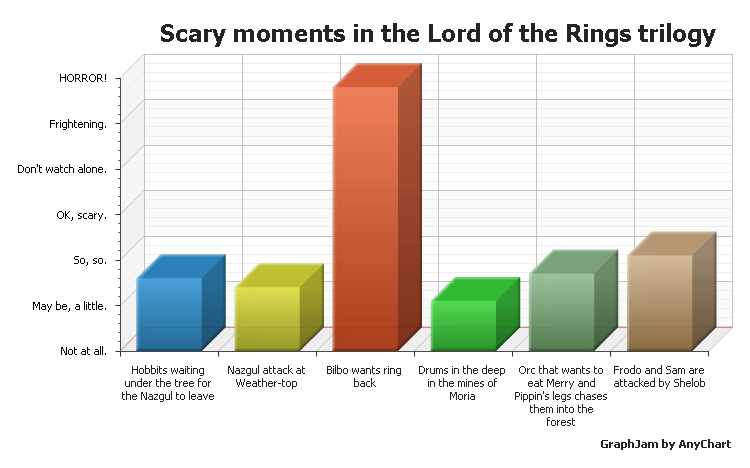 The ability to set left and right timescale paddings in pixels was in extreme demand, and we always do our best to provide our customers with as wide range of built-in technical indicators as possible – so we have decided not to put off the AnyStock 1.4.0 update that gives you the full control of timescale margins and three new technical indicators:

Thus, AnyStock has become even better than before and now supports already 30 built-in and ready-to-use technical indicators.

We are proud to announce the availability of the long-awaited AnyChart 5.1.3 with new chart types and numerous fixes and improvements! 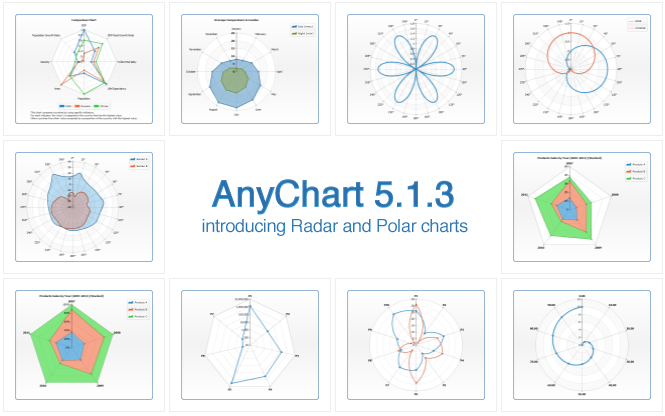 Today, AnyChart Stock and Financial Charts 1.3.0 is available. In the new version, several important improvements have been made: