How to Choose Chart/Graph Type for Comparing Data

Today we start publishing basic tips for choosing between different types of graphs. Visualization can be a very powerful and convincing instrument to present your data – the only thing needed is to use it correctly. One should always clearly understand what exactly he or she wants to show and what is the best way to do it.

There are three main situations when visualizations are made: comparing data, seeing data over time, and breaking data into parts, plus some mixed cases. We will consider them one by one and figure out what type of graphs fits each case. The first post will be about comparing data.

Example 1.
The most common tool for comparing data are bar graphs. For example, here is an AnyChart visualization showing men unemployment rate in the Nordic countries: 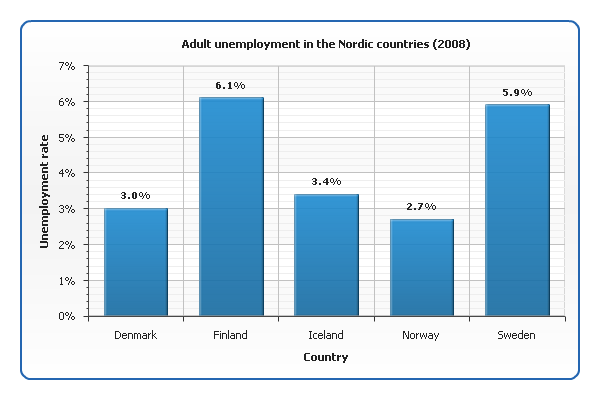 As you can see, the difference in the height of bars represents the difference between values pretty clearly. Note that if you need to put long text labels, it is better to make a horizontal bar graph since the vertical axis gives more space for labeling.

Example 2.
What if we want to show not only men but also women unemployment rate? Now we have two sets of data for each country, and to distinguish them, we need to use different colors: 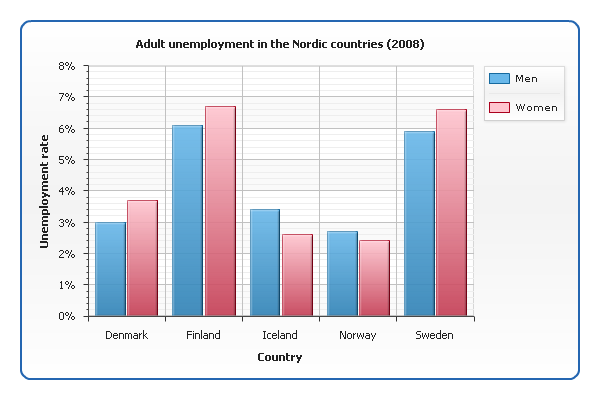 Such graphs are sometimes called double bar graphs. They can also be horizontal. 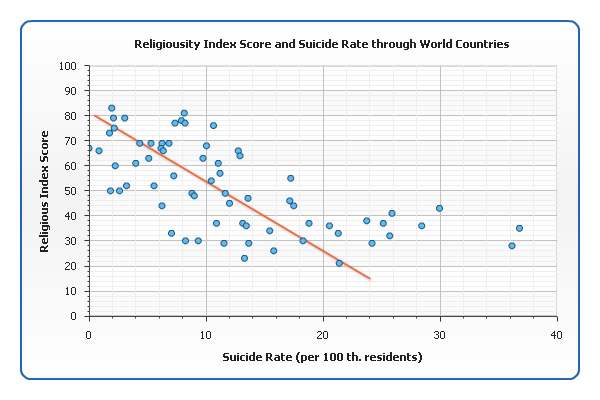 The position of each point on the horizontal and vertical axes is determined by suicide rate and religiosity index correspondingly. Here, like in the previous case, we also have two sets of data for each country, but the countries themselves are no longer at focuse. The things we want to compare are the number of suicides and religiosity index in general.

While bar charts are good for emphasizing the difference between individual entities, scatter graphs are good for generalizing. The information about particular countries is hardly readable from our graph, but it perfectly shows that more religious countries tend to have lower suicide rates: the points group around an imaginary line that falls down from left to right (sometimes called line of best fit, or trend line). It is considered that the closer the points are to this line, the stronger the correlation is.

Check the updated article on how to choose chart/graph type for comparing data published within the framework of the new 7-part Choose Chart Type feature on our blog.