Flex application’s range of use is very wide, but the maximum effect this platform has introduced to Business Intelligence. On using Flex it became available to create convenient and interactive dashboards for BI. One of the key moments of dashboards are charts, and their functionality and obviousness affects most of all on comfort of the whole dashboard. AnyChart perfectly fits these criteria, this component greatly surpasses the default Flex Charting Component in functionality and appearance.

Earlier AnyChart was intended for use in HTML-pages and its integration in Flex components was quite a problem, but now we’ve created a Flex component, which gives the amusing results in connection with XML tools in Flex application.

We have created an extensive set of samples that show and explain how AnyChart Flex Charting Component can be used to create Interactive Dashboards, Drilldown charts and Maps in Flex 3.

View: the tutorial and live samples of charting applications in Flex. 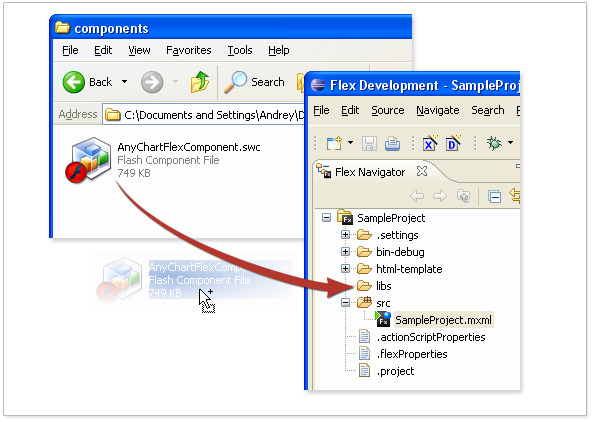 AnyChart is a flexible component for creation charts in Web, you can easily create a lot of charts using it, PHP is one of the most server popular scripting engines, MySQL – is the most popular database to be used with PHP, so we have created a set of samples that explain and demonstrate creation of PHP SWF Flash Charts with AnyChart Flash Charting Component.

Samples include charting data from Array, from MySQL, creation of drilldown (and self drilldown) charts as well as creation of interactive flash maps.

Look through: tutorial of creation flash charts with AnyChart and PHP.
Download: sample package of charting from Array, MySQL and Drilldown Dashboards Creation.