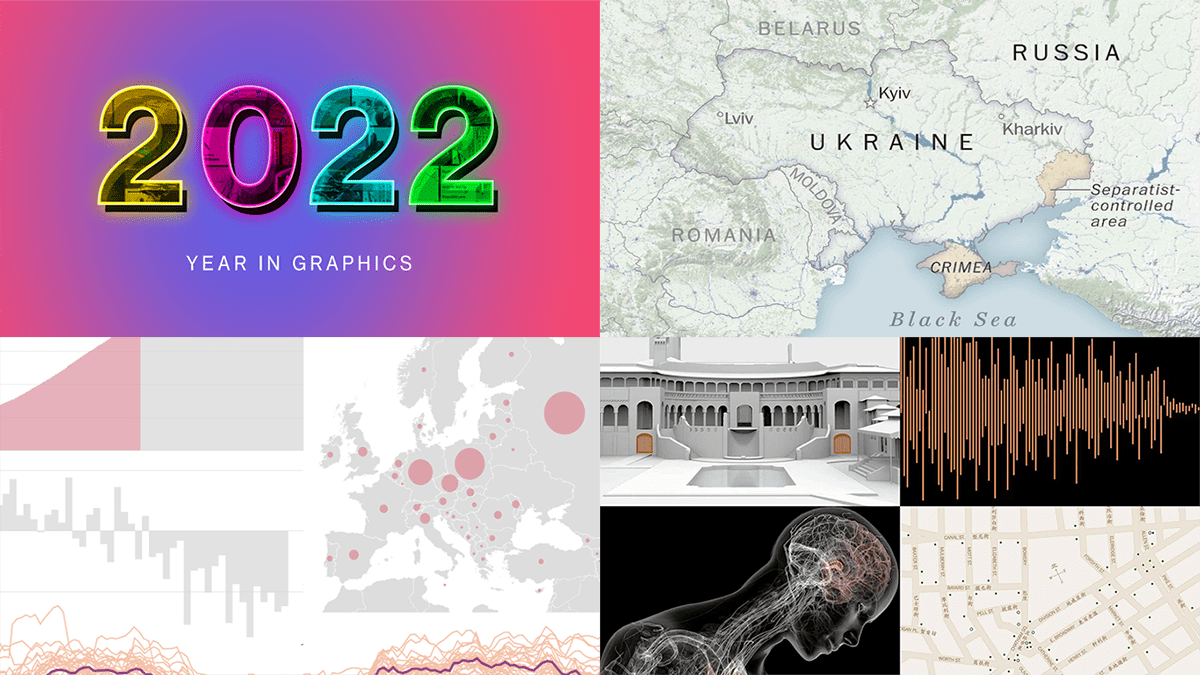 Before getting too far into 2023, we thought it would be interesting to look back at 2022 in data visualizations. And the first DataViz Weekly in the new year seems like a nice occasion! Let’s say farewell to 2022 by recalling its hottest topics with the help of “year in graphics” features on Politico, The Post, NYT, and Bloomberg.

2022: The Year in Figures and Charts — Politico 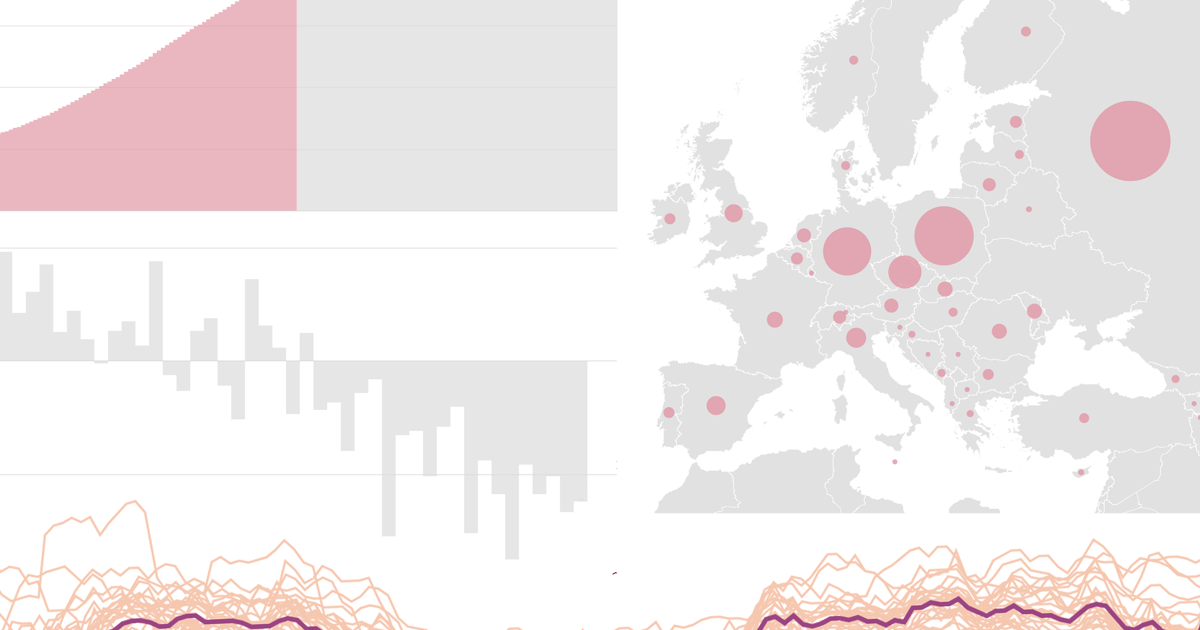 In Politico’s “year in graphics” feature, Giovanna Coi and Arnau Busquets Guàrdia list eight topics that shaped the 2022 year in Europe. Each is illustrated by one or several data visualizations that make understanding the underlying patterns and trends easy. The topics are named the following way: 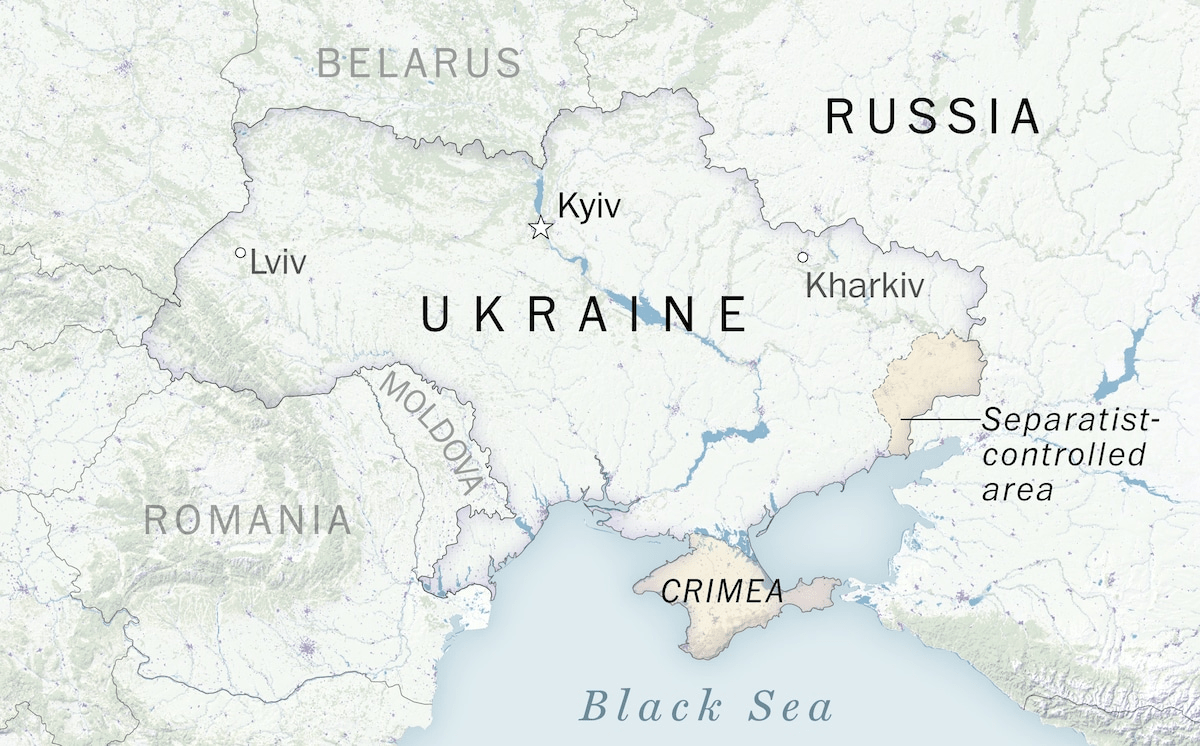 The Washington Post’s graphics team looks back at 2002 in the context of its own work. The journalists’ year-wrapping piece groups their visual stories published in 2022 into six sections according to what was done:

See below what they’ve got for you there:

1. Visualizing events as they happen

4. Explaining the world around us

5. Telling our readers more about themselves

6. And getting delight from little joys along the way

2022: The Year in Visual Stories and Graphics — The New York Times 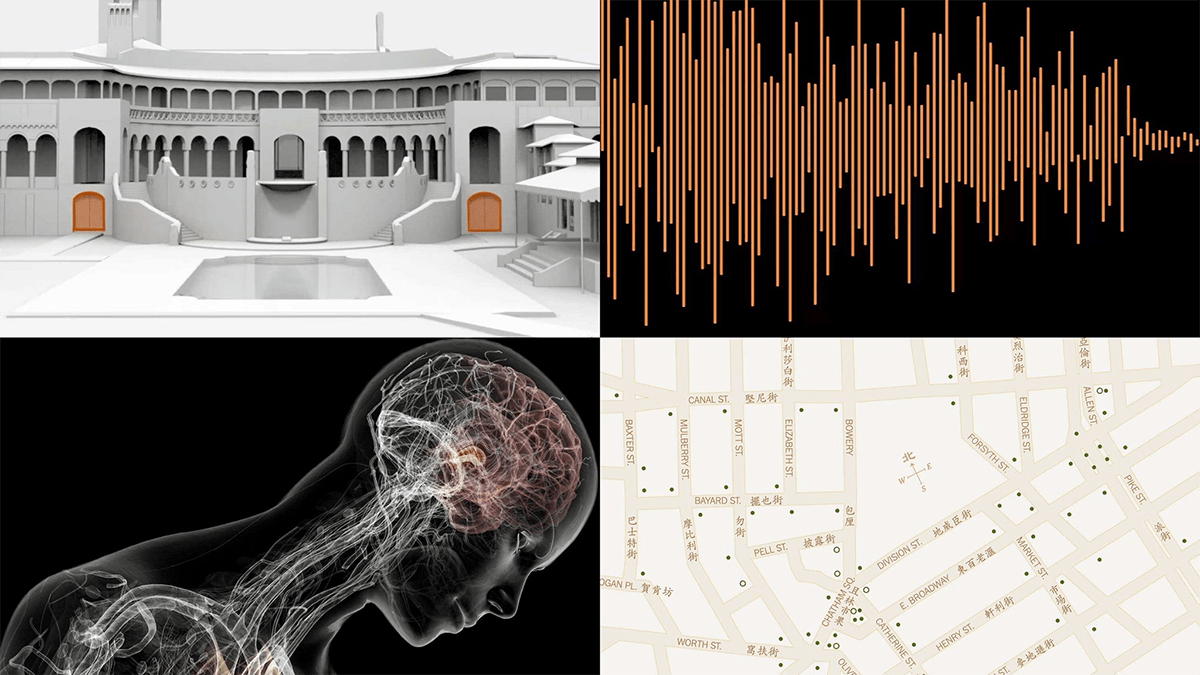 For The New York Times, Eleanor Lutz and Ege Uz put together all visual storytelling articles published by the outlet in a month-by-month summary. By glancing at the images and titles as you scroll, you can reveal the entire timeline of the year in the news (and opinions) graphics.

2022 in Data and Graphics — Bloomberg 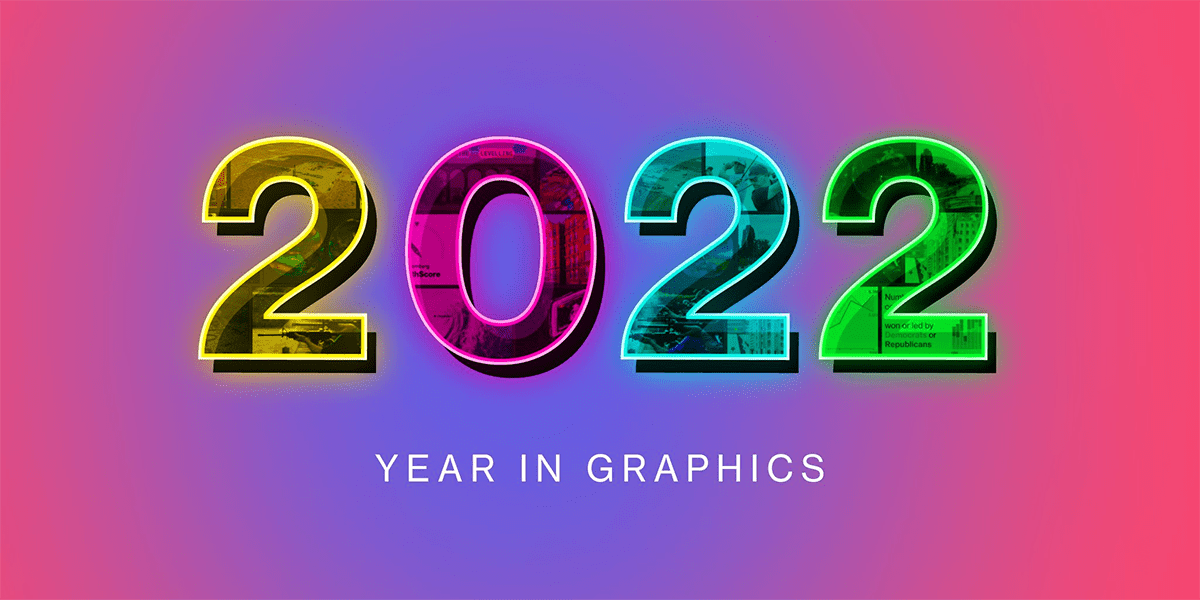 Bloomberg’s data visualization team shows how its members used charts and maps to communicate the most important figures and stories of 2022 in an interactive “year in graphics” compilation. All their projects are grouped by month. Text captions attached to some of them highlight the key issues and revelations.

It would be hard to list them all here. We totally leave it to you to explore Bloomberg’s “year in graphics” roundup. 😉

Have a wonderful year!