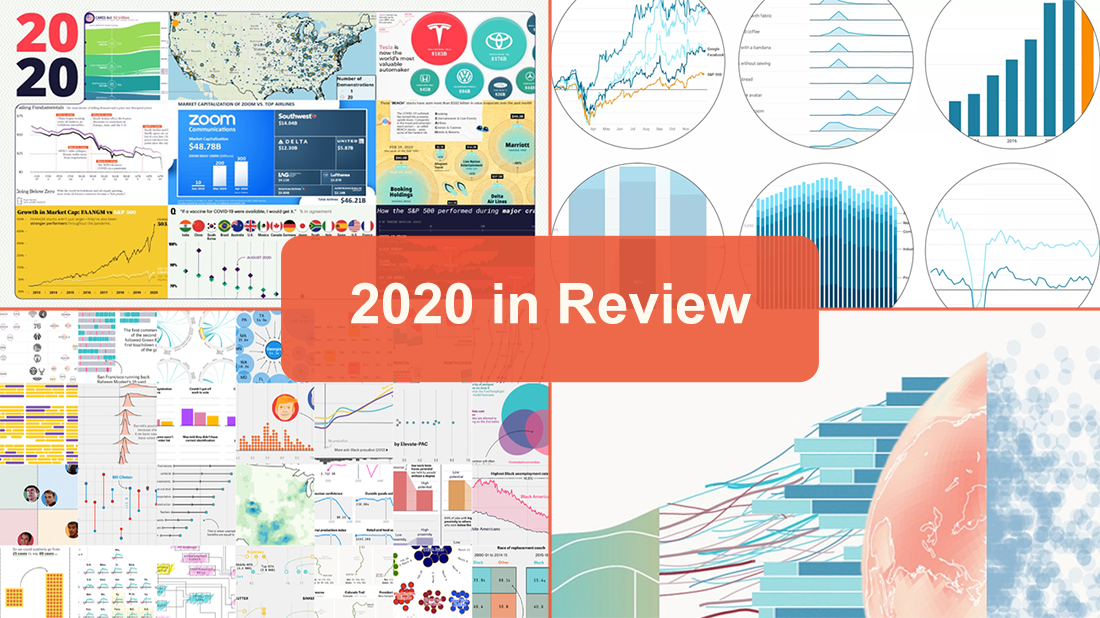 2020 was strange. It was difficult. But it was. Happy New Year everyone! 🎉

Even though 2020 was not that bad in everything, we all hope, of course, that 2021 will be (much) better. Let it be so! But before we dive into the new one, let’s take a glance back and remember 2020 as is, with the help of great data visualizations.

The January 1st issue of DataViz Weekly invites you to look through the lists of the charts included in the year-in-review features on Visual Capitalist, Recode by Vox, FiveThirtyEight, and The Economist. Sneak a peek, and then check out the graphics. 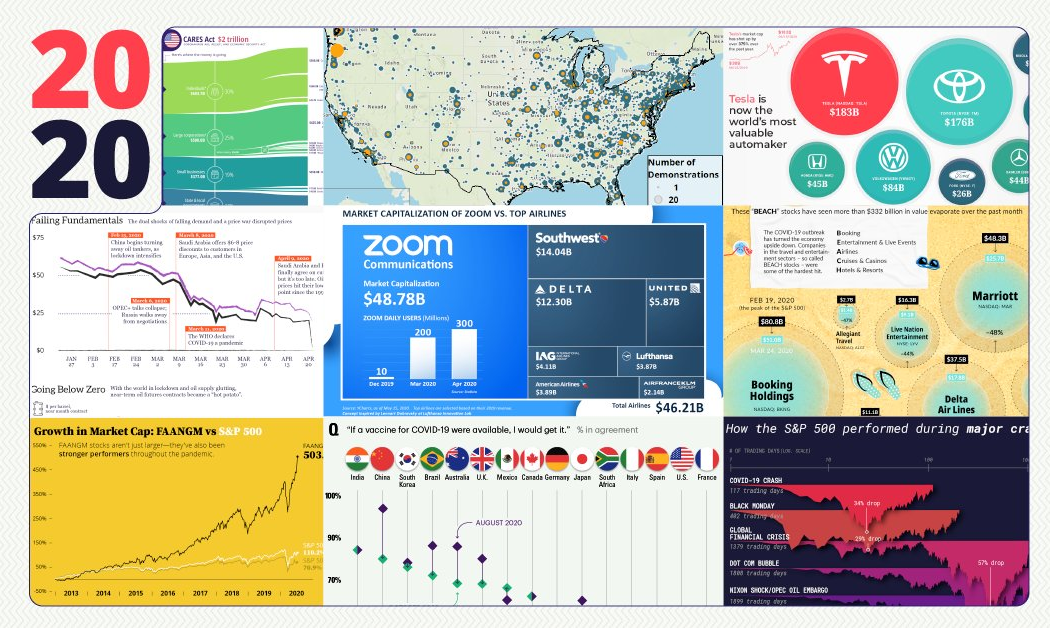 Visual Capitalist offers a look at the top events of the year in its own and third-party graphics. The data visualizations included in the year review are on the following: 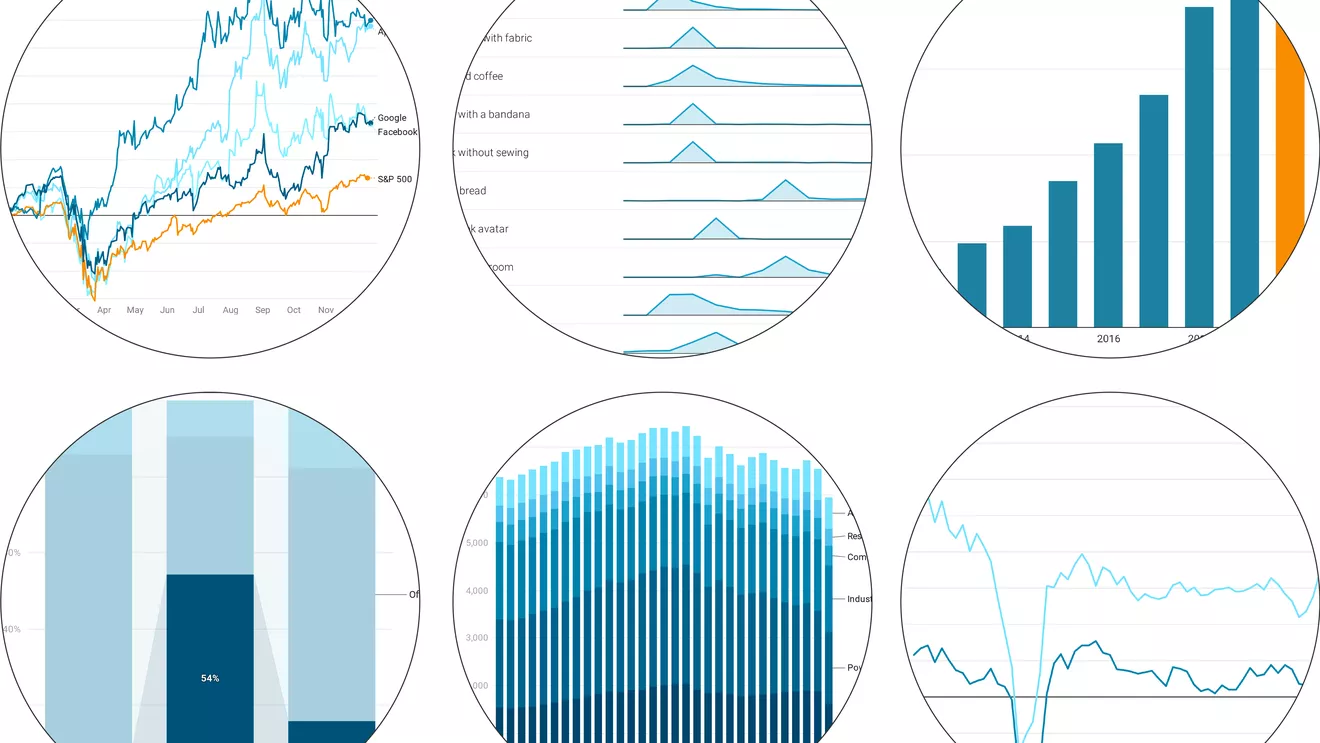 Recode‘s year-in-review roundup also comprises twenty charts. Some of them are interactive. Designed to highlight the key trends for 2020, these data visualizations are on the following: 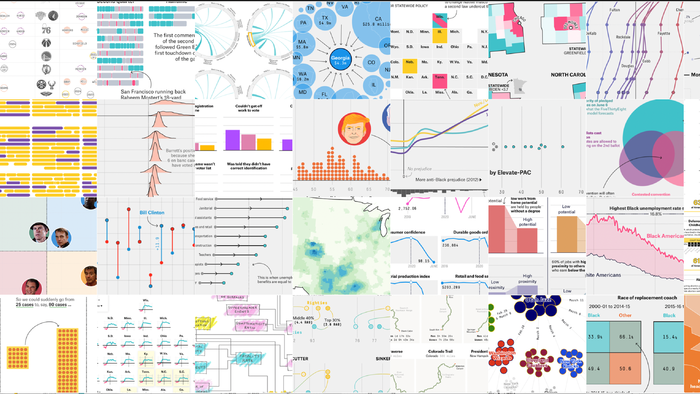 FiveThirtyEight, famous for the great use of statistical analysis to tell stories, recaps the year in a selection of forty charts called by its visual journalists as “the best — and the weirdest.” The graphics are grouped into four key topics: politics, election, sports, and Covid. Here’s a quick list of what’s presented in the year review feature on FiveThirtyEight:

COVID-19 (and its economic fallout):

The Economist: Non-Covid Charts (+ All Others) 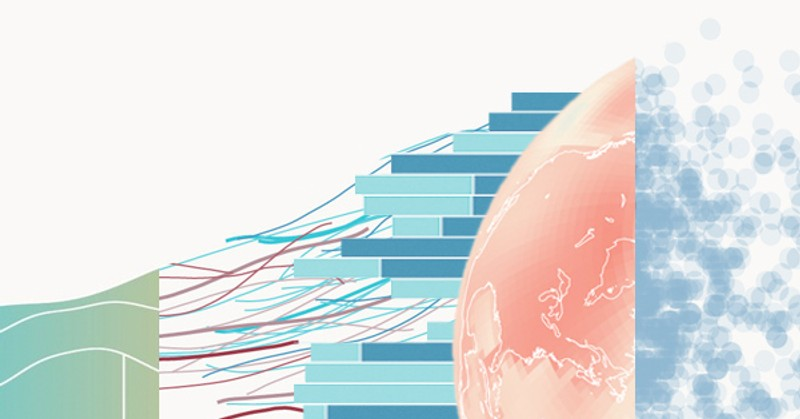 Tired of COVID and related data visualizations? Want something quite completely different? Check out The Economist. Its data journalists have curated their favorite non-COVID pieces of 2020. At the time of writing, there are five (but check now as some more should already be there):

But if you want more, they have also collated absolutely all data visuals published in the Graphic Detail section of The Economist this year into a single PDF file.

Thank you for being with us! We wish you all the best in the new year!