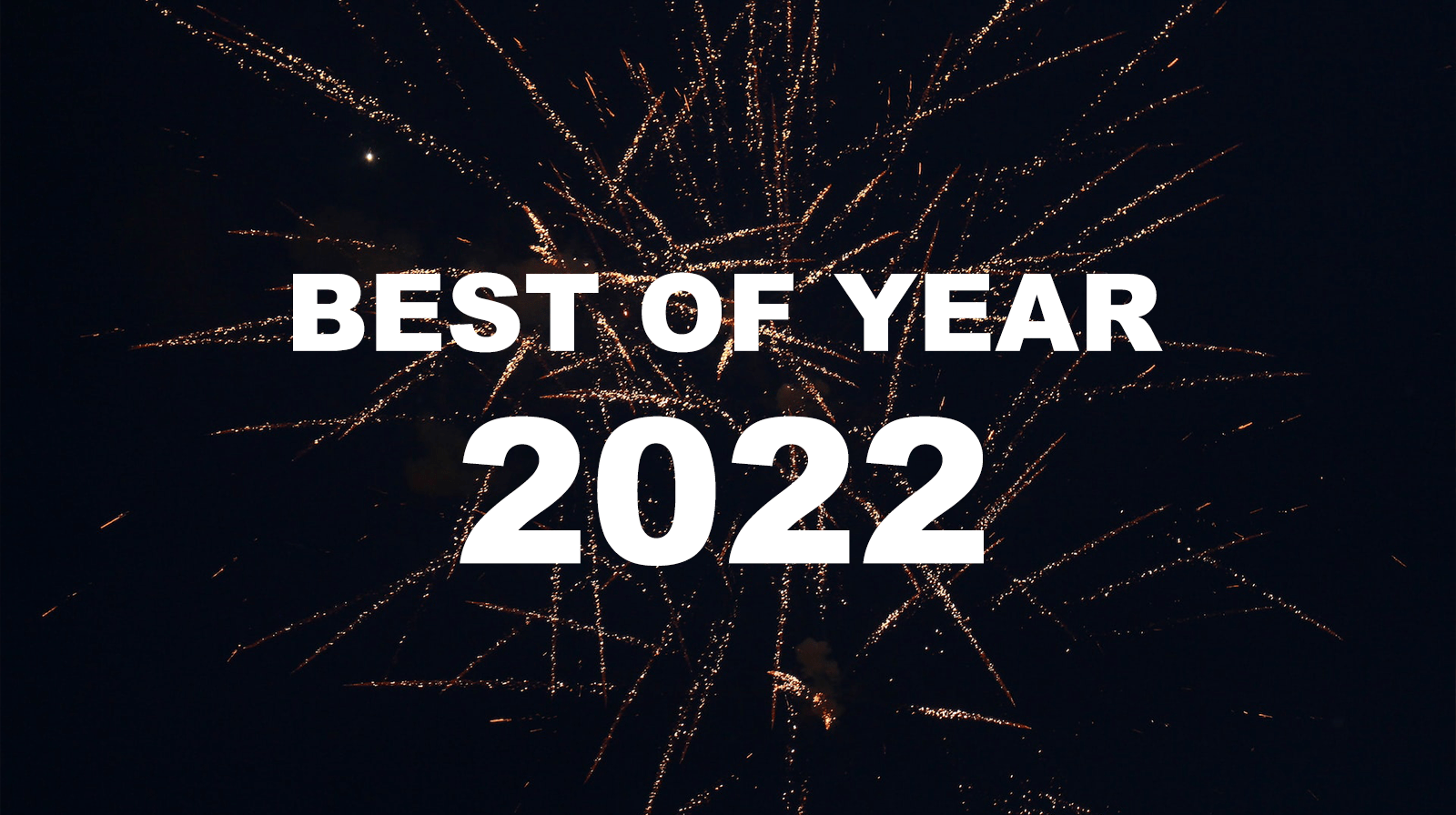 2022 has been fruitful in terms of data visualizations for every taste and interest. On DataViz Weekly, we’ve shown you more than 200 awesome projects as great examples of effective charting and mapping in action. Today, in the year’s last edition, let’s look at the best data visualizations of 2022 through the eyes of third-party experts!

Find out which projects made it to the “best of the year” selections of Nathan Yau, DataJournalism.com, The Pudding, and Kenneth Field. 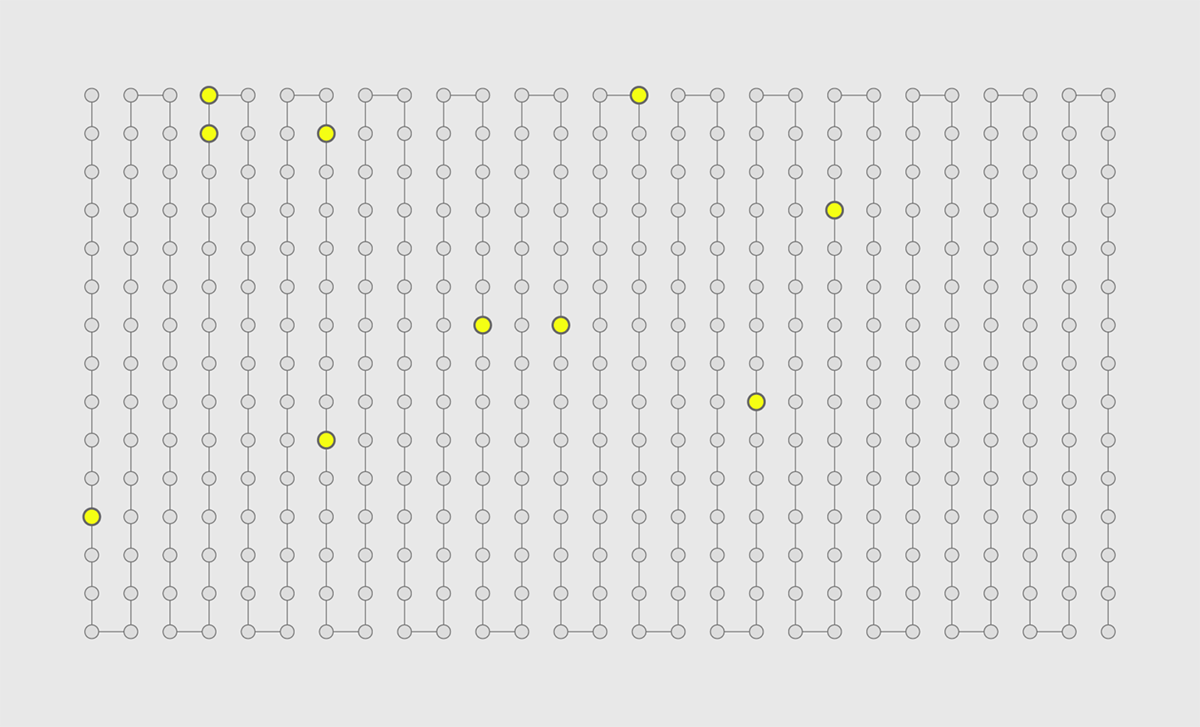 Nathan Yau, a renowned expert in data visualization, presented his ten favorite projects of the year in the form of a fun awards ceremony. Those include graphics and not only. For example, “Information Graphic Visionaries” is highlighted as the “Best Book Series About Historical Figures in Visualization,” and “Statistician Answers Stats Questions From Twitter” won the “Best Enthusiasm for Answering Statistics Questions from Random People” nomination. For some awards, runner-ups are also included. So, the entire list of the best data visualizations of 2022 according to Nathan Yau features thirteen items in total.

Best Self-Referencing Text to Explain Itself

Best Revealing of Patterns with Many Shapes

Best Dumb Charts About Nothing

Best Blend of Old and New

Best Game of Miniature Golf to Talk About Gerrymandering

Best Depiction of Sound with Illustrations

Best Combination of Polling and Absurdity (Fun On the Internet) 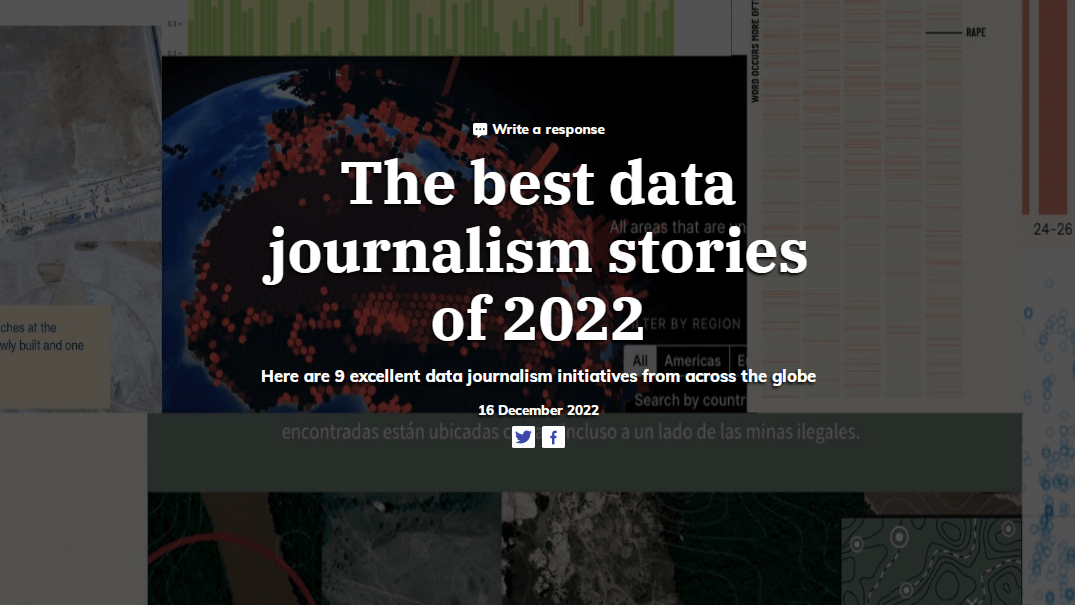 This year, a lot of amazing data visualizations originated in journalistic research. DataJournalism.com, with the help of its readers, selected the nine best data journalism projects of the year. Those are:

Best Visual and Data-Driven Stories of 2022 — The Pudding 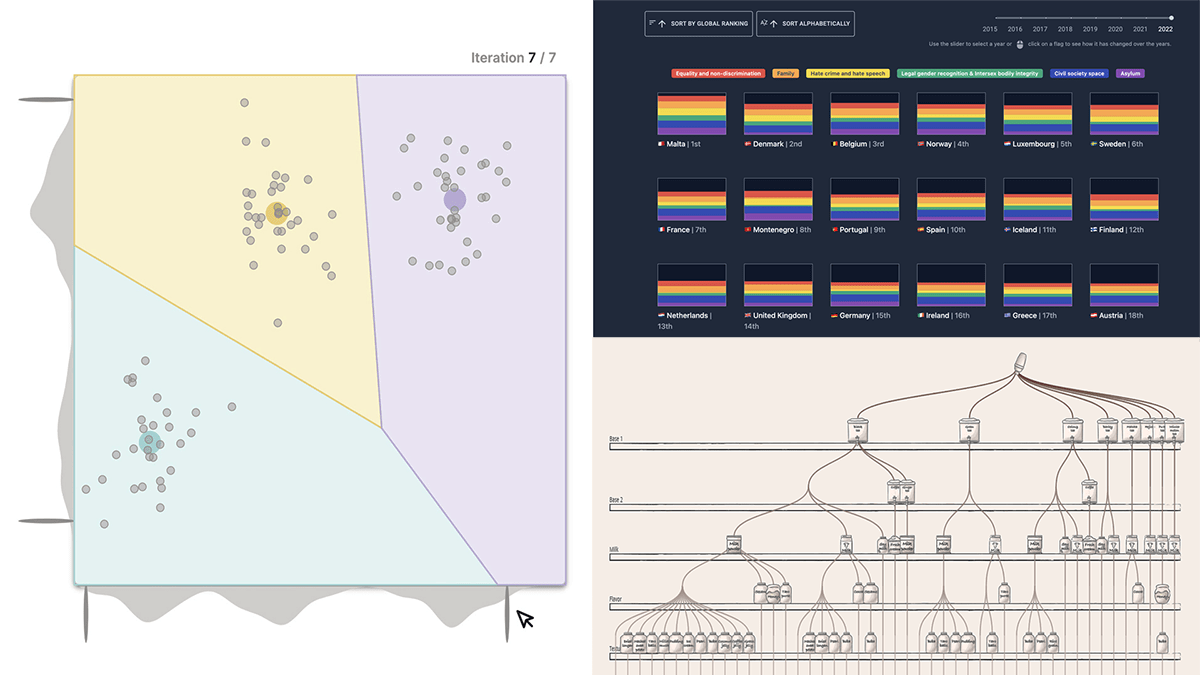 The Pudding picked the best visual (and data-driven) stories of the year within the framework of its Pudding Cup contest. The winners total three:

In addition to these three top leaders, The Pudding also published a list of honorable mentions, which comprises six more visual essays that are also totally worth checking out:

Kenneth Field, an esteemed expert in mapping, made a list of his favorite map visualizations of the year, which includes fourteen projects.

At the end of the list, Kenneth also added two of his own works that he considers to be his best maps produced in 2022.

Thanks and congrats to all whose projects have been named the best in data visualization in 2022! And special regards to The Washington Post’s Dylan Moriarty and Joe Fox for their work “Play mini golf to see how politicians tilt elections using maps” as the only one praised in two of the four lists!

All members of the AnyChart team wish you all the very best in 2023!