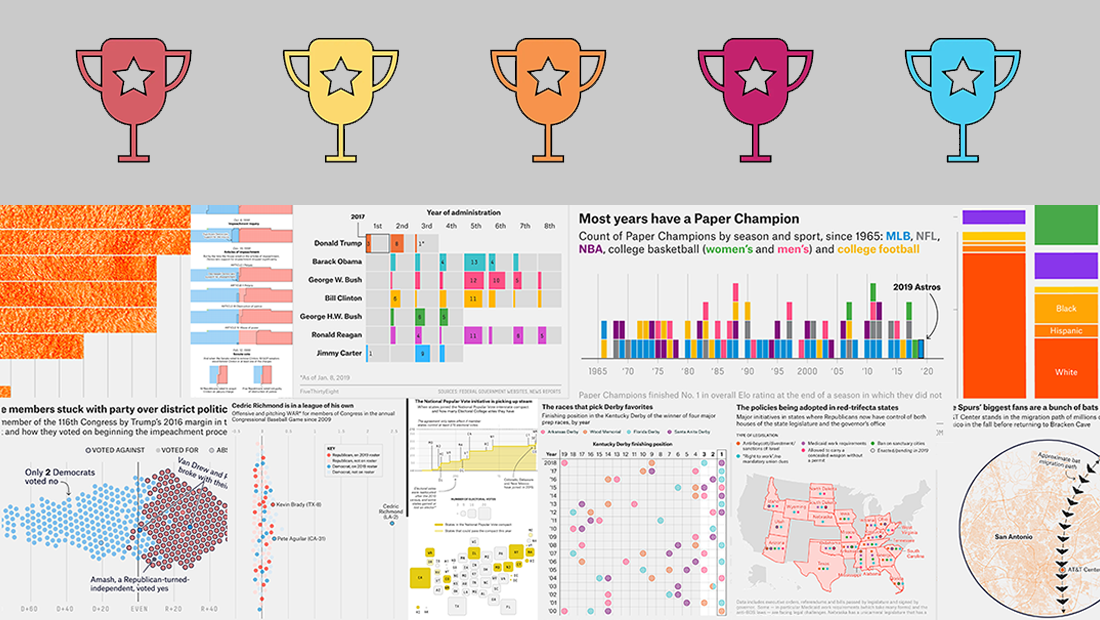 2019 was very fruitful for the world of data visualization. We saw a lot of charts, maps, and infographics on all kinds of topics published here and there. Today we would like to invite you to recall some of the most top-notch data visualization projects. Enjoy these four awesome collections of the best charts of the past year: 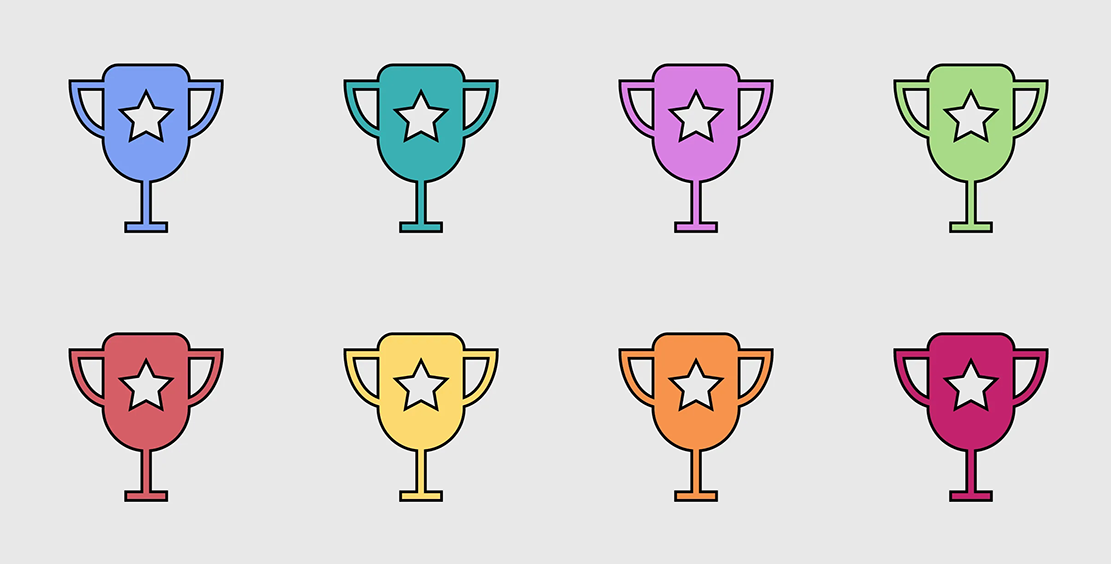 Nathan Yau, whose charts we had highlighted last year in DataViz Weekly quite often, selected ten data visualization works of 2019 that he loved the most.

The resulting collection is organized on Nathan Yau’s blog FlowingData in the awards-like style, and there you will find links to even more cool data visualization projects as honorable mentions.

Best Visual and Data-Driven Stories of 2019 — The Pudding 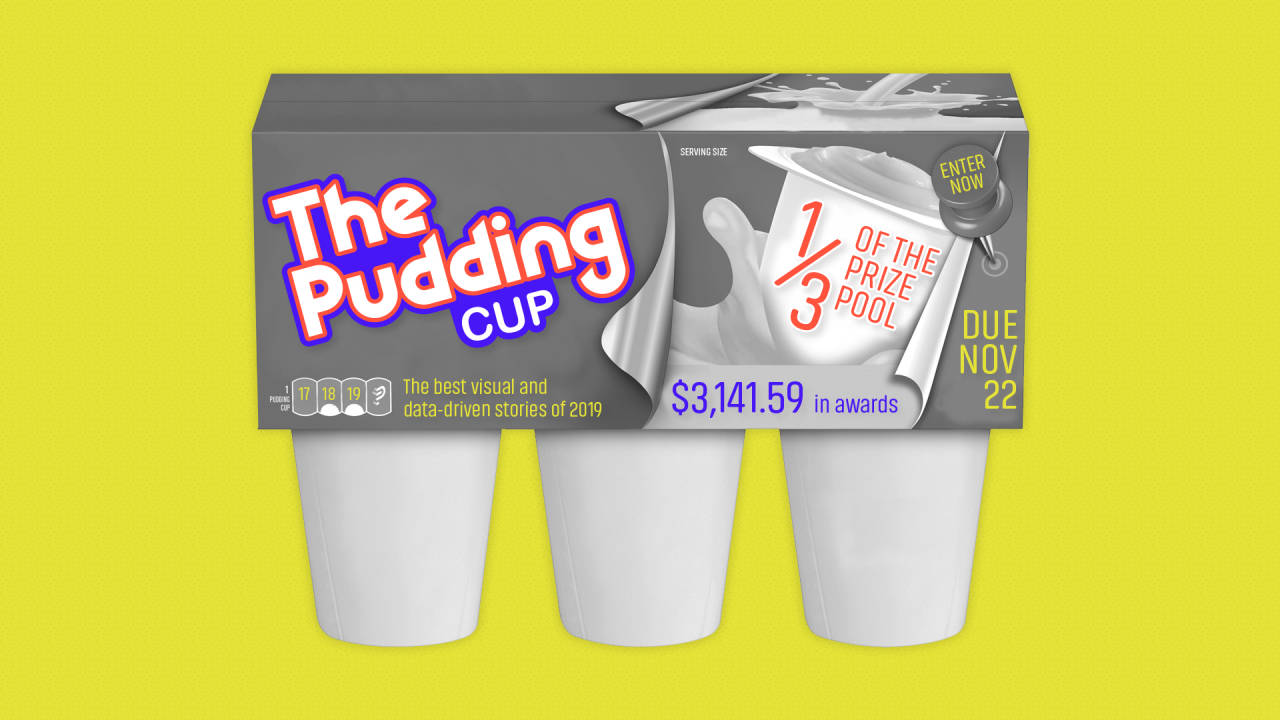 The Pudding’s team picked their favorite data visualization essays created in 2019 and named them the winners of the third-annual Pudding Cup. All the three projects are non-commercial.

Best Charts Made by FiveThirtyEight in 2019 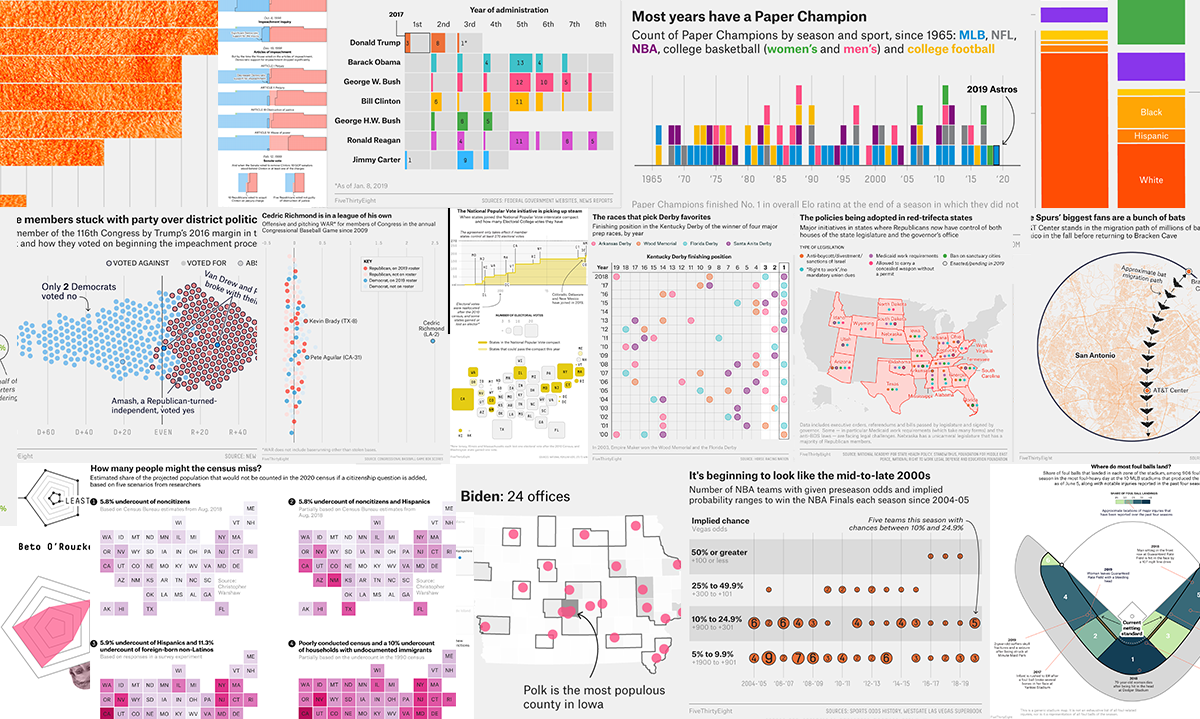 FiveThirtyEight’s visual journalists selected a few dozen of what they called their “most creative (and most unusual) creations” from hundreds of original graphics made by the team in 2019.

It would be useless to list them all here. So we simply invite you to check out the collection on FiveThirtyEight right away. 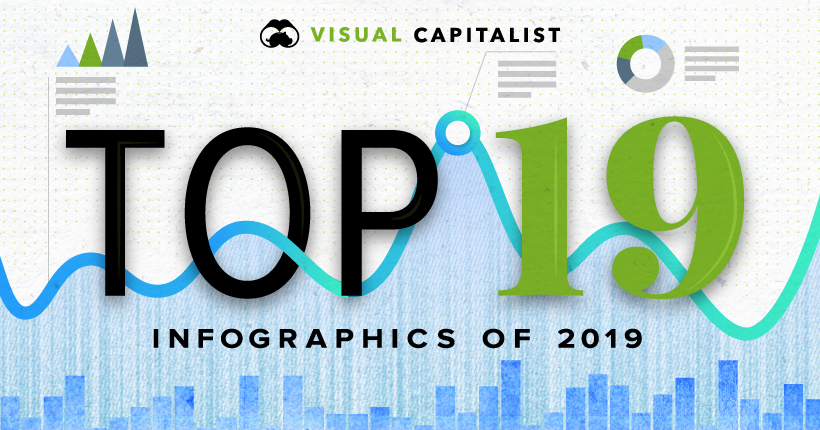 Over the course of 2019, Visual Capitalist published more than 300 posts on diverse topics. For their “Best Of” collection, the team identified the most popular infographics according to the number of views and also included their own favorites. In addition to that, they praised one more visualization that their subscribers had named the best during a poll.

You can rest assured the new year will bring us a lot of new awesome data visualizations and choosing the best charts and infographics in 2020 will hardly become easier. Which is great! Stay tuned for Data Visualization Weekly and we will keep you posted on new data visualization projects worth seeing.