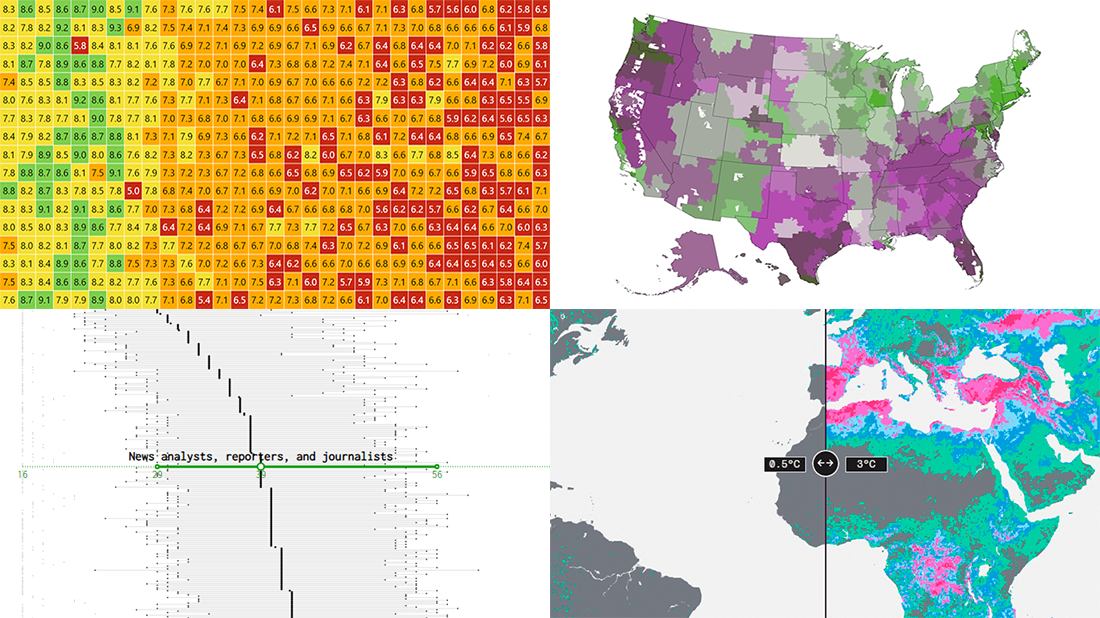 For all who already have an eye for data visualization or only want to get it, DataViz Weekly is here with an overview of four new interesting projects curated from around the web!

Read on to learn more about each and check them out!

Jobs by Age of Workers 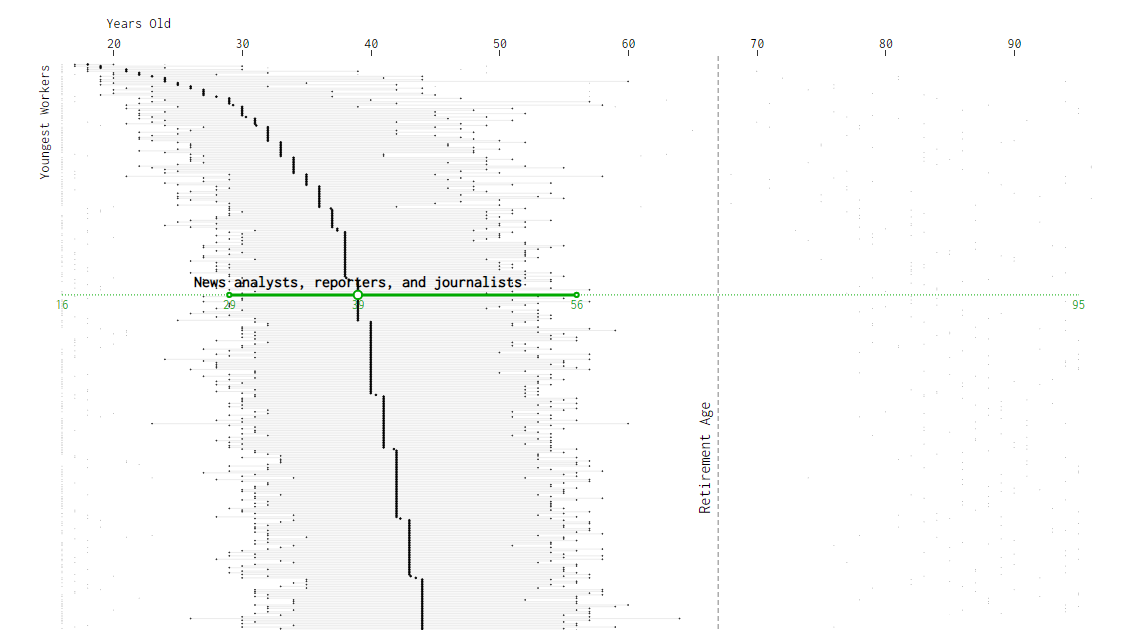 You may have noticed some jobs are more commonly held by younger (or older) workers than others. Well, that is actually so in reality as with age our education, experience, physical abilities, and other circumstances change.

If you are curious about which jobs tend towards which age more than others, here is a fresh visualization for you to check out. Nathan Yau made an interactive box-like diagram representing age ranges for a total of 529 occupations based on data from the American Community Survey.

As you can imagine the jobs are sorted by age of workers. So, for example, we can quickly see that sports referees and fast-food workers tend to be the youngest while bus drivers, funeral attendants, and tailors tend to be the oldest. 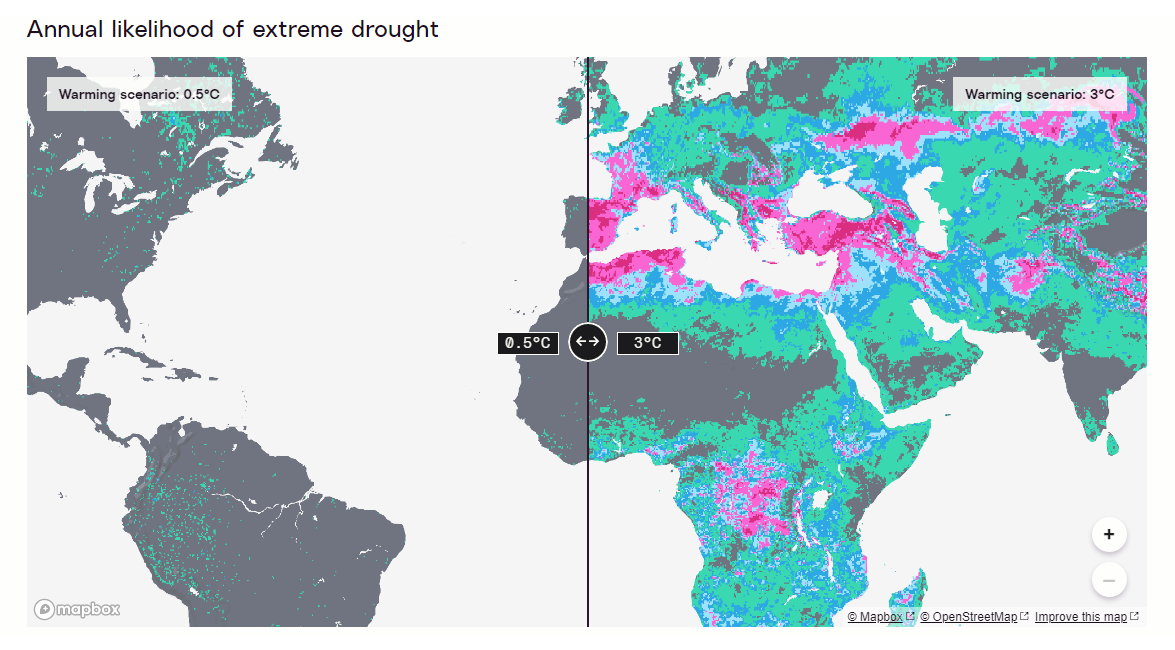 Scientists say global warming will significantly affect people all over the globe within the next decades. But exactly what impact could be expected in different places?

That’s what you can learn from interactive maps made by Probable Futures, a climate literacy initiative started last year by Dr. Spencer Glendon, a senior fellow at Woodwell Climate Research Center. The visualizations provide an overview of different future climate scenarios, showing the number of freezing days, the annual likelihood of extreme drought (pictured above), and the frequency of extreme precipitation events.

Don’t miss the accompanying stories and explanations to get a more in-depth understanding of what it all means. Additional maps are said to be in the works.

Average IMDb Scores of All TV Series by Episode 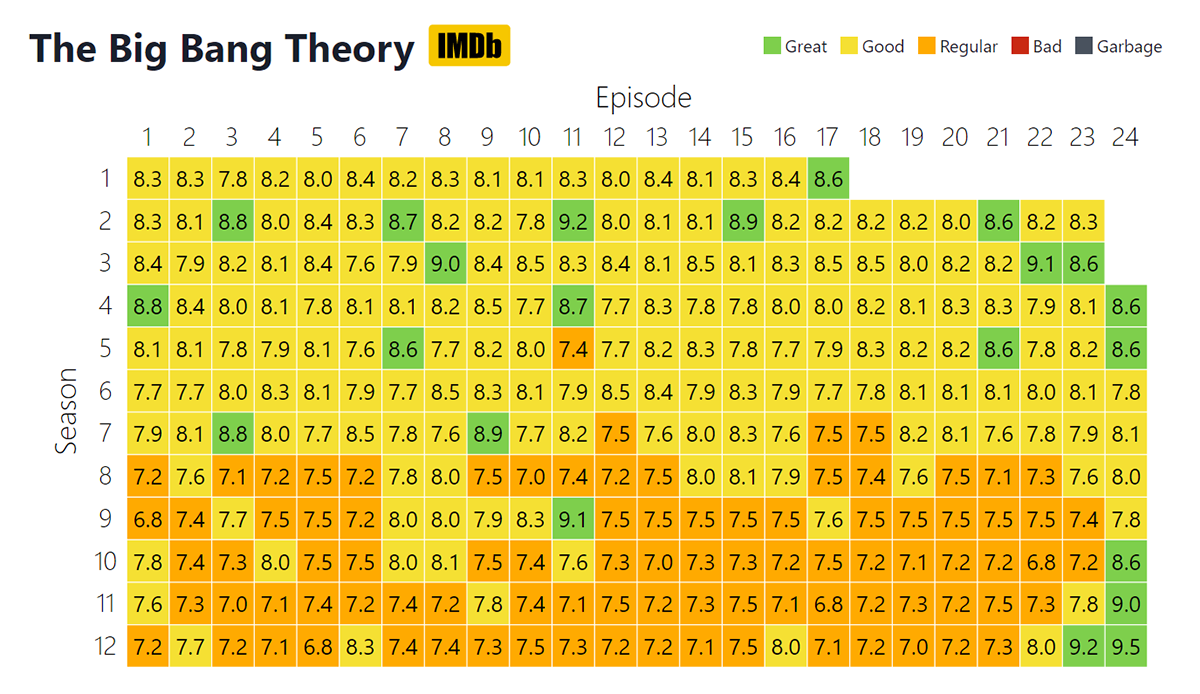 Even in great TV series, not all episodes and seasons are perceived with the same amount of admiration. The Simpsons, for example, are quite widely thought to get worse year after year. Want to see a big picture for your favorite show?

Inspired by the Simpsons Episode Rating work by Hannes Benne, Jim Vallandingham created a tool that lets you check how any particular TV series has performed along its lifespan. Just pick a show and you’ll instantly get an interactive heat map chart displaying the average ratings of each of its episodes based on data from IMDb Datasets.

Right there, you can also switch between three pre-built color schemes and choose whether you want to view the seasons as rows or columns. 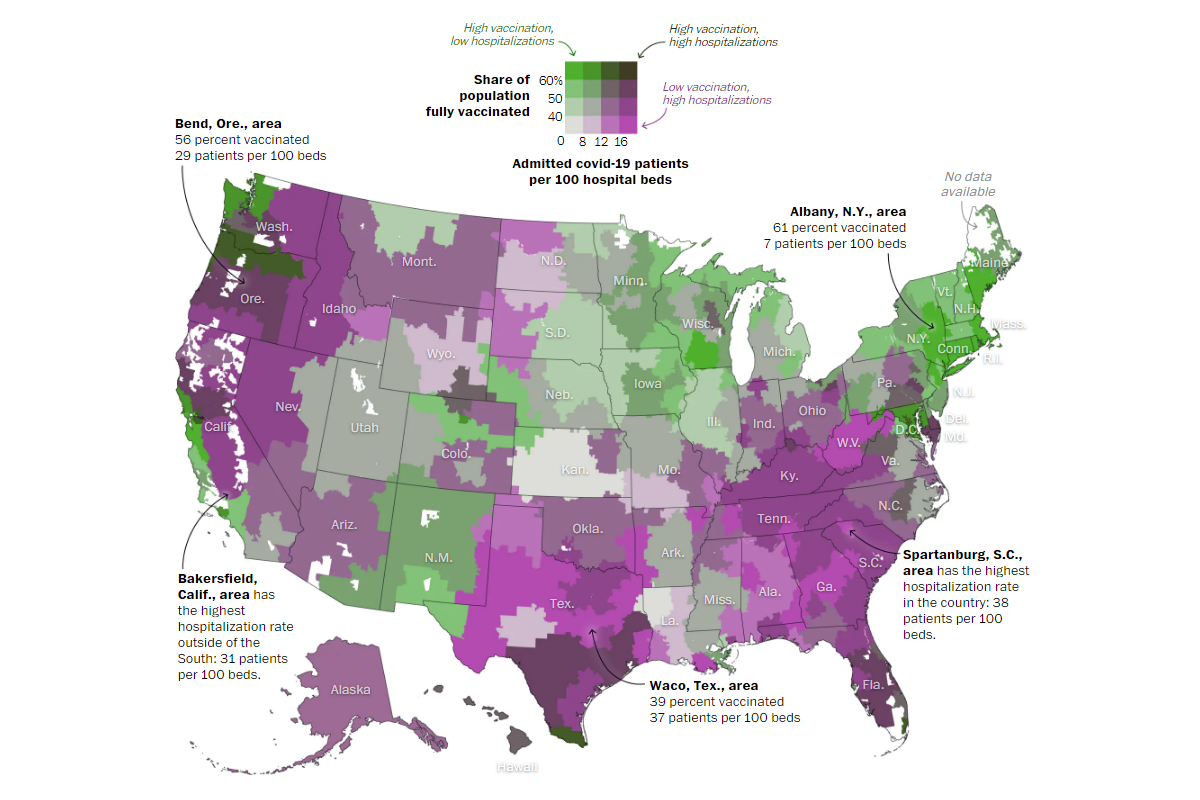 More vaccinations actually lead to fewer hospitalizations. If someone is still not sure that this statement is right, you can show them real-world data.

The Washington Post’s Zach Levitt and Dan Keating combined COVID-19 hospitalization rates and the share of the fully vaccinated population across the United States and visualized them simultaneously in a bivariate choropleth map. In addition, they plotted the same two variables in a scatter diagram.

The visualizations make it clear that vaccinations work. As you can see, in general, hospitalization rates are the inverse of vaccination rates. About a third of the United States belongs to the high-vaccination/low-hospitalization category and is colored green. Another third is low-vaccination/high-hospitalization, bright purple. The rest of the country is in between the two, with medium levels. Feel free to do your own exploration.

Check out these great examples showing the power of smart data visualization in action and stay tuned for DataViz Weekly!