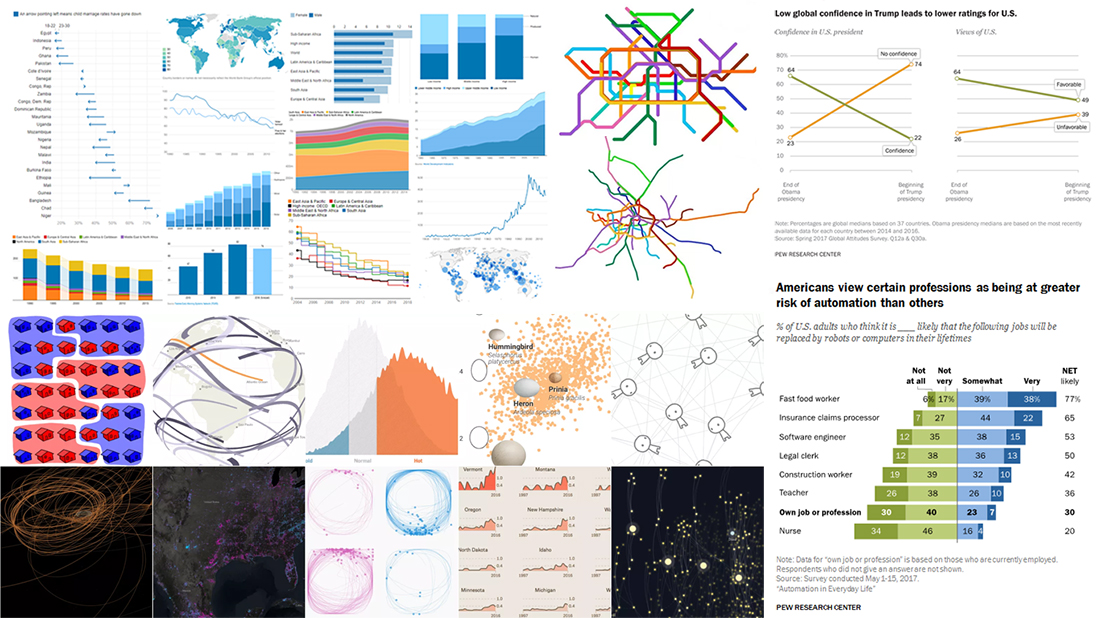 The new 2018 year is coming very soon, and now is a great time to look back and remember the highlights from data visualization in 2017.

A few words about our solutions to start with. After the very productive year of 2016, we at AnyChart JS Charts did a lot in 2017, too. 4 major releases full of new features! After versions 7.13.0 and 7.14.0, we launched the brand new, 8th generation of our JavaScript charting libraries, featuring a modular system and custom JS builder (8.0.0). In December 2017, we released AnyChart 8.1.0. In addition, we published a number of plugins (for Qlik, Android, Angular, Ionic and more) and technical integration samples for popular technology stacks, released Chartopedia and the brand new Playground with a whole bunch of chart examples added to our documentation, API reference and galleries. And even more.

A lot of great charts and infographics were created in 2017 by various people and companies from around the world. In the present, this year’s last Data Visualization Weekly post, we’ll tell you about 4 year-in-review articles featuring the most interesting visualizations of 2017:

Famous data visualization expert Nathan Yau shared his favorite projects that saw the light in 2017. Here’s a list of all the 10 honorable mentions on FlowingData:

Data Is Beautiful is an extremely popular subreddit on Reddit, devoted to the graphical representation of the information by means of charts, maps, and other forms. Quartz highlights 5 visualizations that collected the most upvotes in 2017. They are: 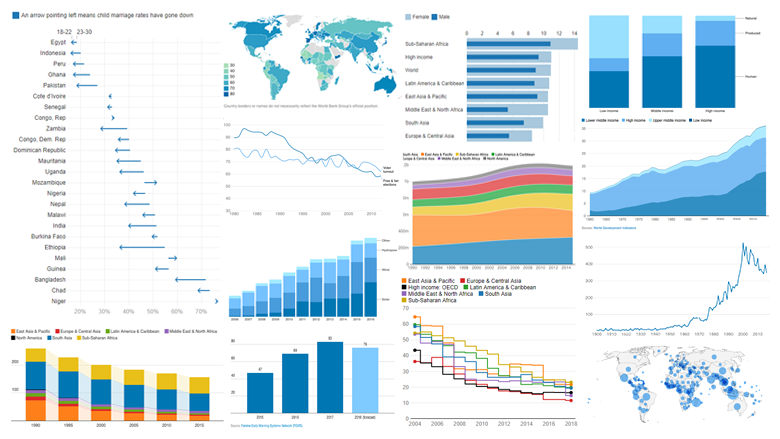 The World Bank picked 12 charts to show 2017 in the global economy and related issues.

Pew Research Center is well-known for studies and research in various fields. Take a look at the 17 findings that its team found most outstanding in 2017:

Check out these articles to see a lot of really interesting charts and projects in data visualization in 2017. To get started with our feature-rich JS charts libraries for creating beautiful dataviz in HTML5, see the Chart Documenation and API Reference. On our blog, you’ll also find several quick basic JavaScript charting tutorials. For tutorials based on advanced data visualization tasks, take a look at the Challenge AnyChart! feature. Here you can also learn how to choose the right chart type. And, of course, stay tuned at Data Visualization Weekly for further inspirations!

We at AnyChart wish you all the best for the new year!