Great news! We are happy to announce the release of a new version of our product – AnyChart 7.3.0. The basic package of AnyChart now includes three long-awaited chart types: Scatter, Radar, and Polar. 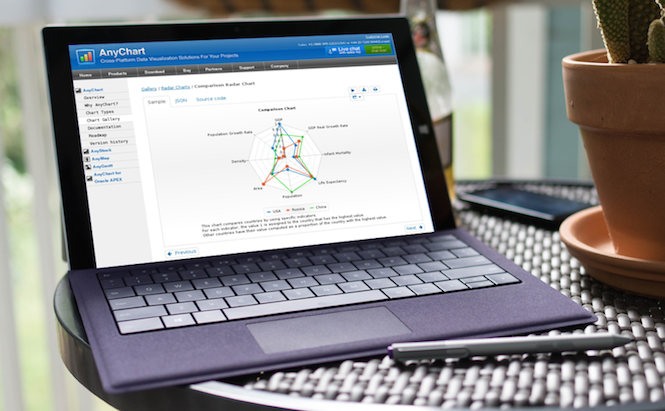 A Scatter Chart shows the relationships among the numeric values in several data series, or plots two groups of numbers as one series of XY coordinates.

A Radar Chart is a graphical method of displaying multivariate data in the form of a two-dimensional chart of three or more quantitative variables represented on axes starting from the same point. It is also known as web chart, spider chart, star chart, cobweb chart, star plot, irregular polygon, or kiviat diagram.