Good news for AnyChart customers from Brazil – today we have published maps of all states of Brazil.

Interesting facts are that back in XVI century the current territory of Brazil was divided into Captaincies, which are a historical administrative divisions of the former Spanish and Portuguese colonial empires. Each one was governed by a captain general.

In the Portuguese Empire, captaincies (capitanias, in Portuguese) were the administrative divisions and hereditary fiefs of the Portuguese state in some of its colonies.

Portugal Empire leaders didn’t think a lot about regional divisions and in 1534 Hereditary Captaincies maps looked like straight stripes of variable height of land, divided parallel to the Equator from the coast to the Tordesilhas Line, created by King John III of Portugal in 1534. Nice map, isn’t it? But this didn’t last long, and in 1573 only Two Viceroyalties were formed: 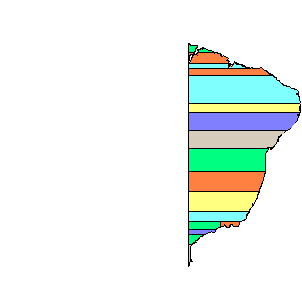 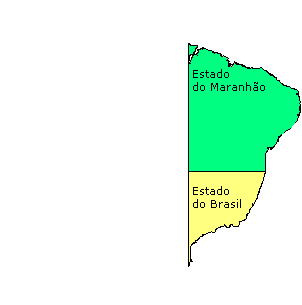 Since that time many things have happened and Brazil administrative maps were changed several time. The last reform have happened in 1990.

You can look at that map and map of all states in the following interactive flash dashboard created with AnyChart Flash Chart and Map Technology:

Click to view map of Brazil and all its states 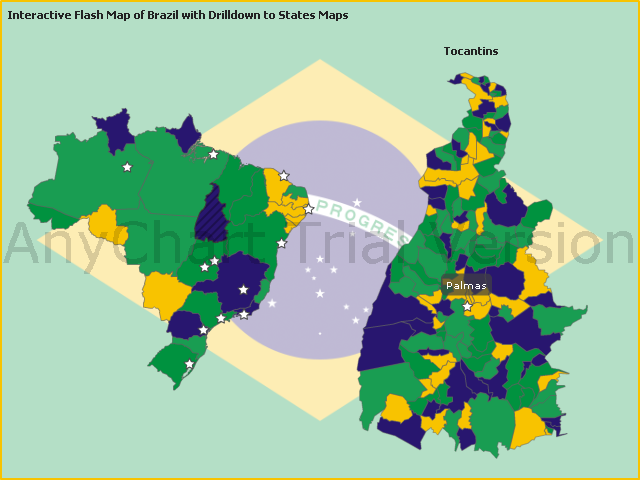 All you need are AnyChart Flash Maps and Sample Source Code from Brazil Flash Map Sample.

By the way – Internet usage in Brazil has increased greatly in the last few years and in September 2007 was estimated in 42,600,000 people by ITU (International Telecommunications Union), and a 22.4 % penetration rate, and 6,417,000 of users are Broadband subscribers (June/07, per Teleco) with 3.4% penetration rate.
Brazil is the seventh country in Internet usage in the world.

Historical Maps of Brasil are obtained from Wikipedia